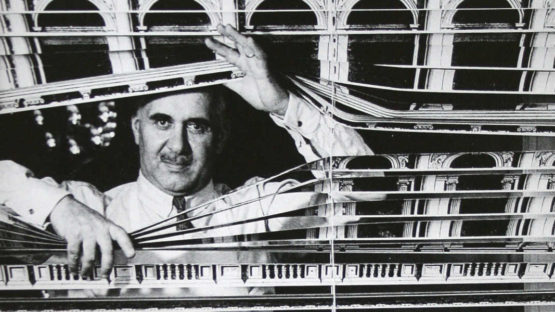 Piero Fornasetti lived most of his life in Milan, attending the Brera Art Academy from 1930-32 when he was expelled for insubordination. During World War II, he went into exile in Switzerland from 1943-46. He created more than 11,000 items, many featuring the face of a woman, operatic soprano Lina Cavalieri, as a motif.