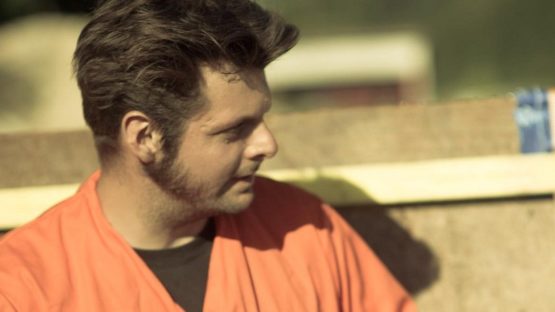 When Pierre-Alain Münger was a child, he loved smashing his toy cars with a hammer. Many years later, he still does that. Impressed and fascinated by car crashes, impact, destruction and deformation, the artist crashes real cars and uses them for his work. He meticulously studies and documents the effects, and creates imagery concerned with car crashes in various media. In his works, deformed cars and broken trees are silent victims and witnesses of the invisible kinetic forces.

Crash Test In the Name of Art

The Swiss artist performs crash tests, smashing old cars into a metal sheet at 110 km/h. The frontal collision deforms metal, providing the artist with the effect and footprints he sought for. These tests require numerous hours of planning and preparation, but Münger’s works of various sizes and artistic expression would be impossible without it.

Münger is a true researcher and an expert on car crashes. After graduation from a design school and spending time as an assistant to Swiss sculptor Carlo Borer, the artist spent more than 15 years studying collisions and the deformation of shapes. His work does not only depict a ruined vehicle, but also a damaged lamp post, sign, tree or any other object. Sometimes, his work features imagery related to the act of rescuing. Whether it’s painting, sculpture or brilliant pen study on paper, the artist’s deep fascination with crashes is obvious.

His work also shows ruined objects other than cars 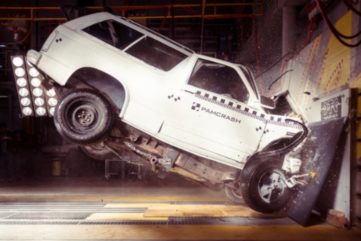 Meet Pierre-Alain Munger, the artist who uses cars as brushes and walls as canvases to create his unique series of crash art pieces.