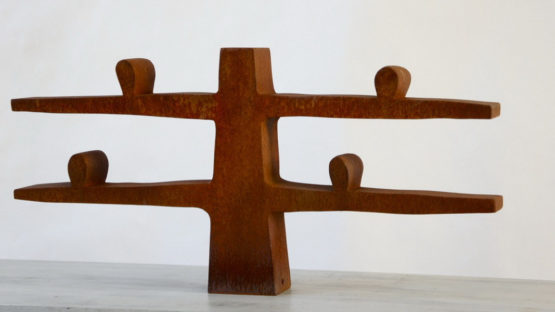 Piet Warffemius was born in The Hague in 1956. He studied at the Royal Academy of Fine Arts, where he graduated in 1979. He was a student of among others Aart Roos and Auke de Vries. After his education, he worked in several fields of visual arts. He is both a painter, a sculptor, a graphic artist and a ceramist.