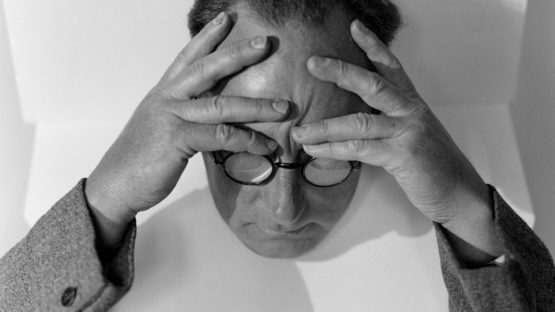 The possibilities that the artistic practice offers are truly endless: from the number of varying practices and directions within them to the different paths within each specific choice of portrayal, the results and ways to reach them are countless. Where some may choose to become masters of a single technique, others often explore a number of different practices, finding themselves in more than one. Piet Zwart was one such Dutch artist: photographer, typographer, industrial designer, and critic, he never shied from exploring new territory in the field of art if it meant progression within the craft. Zealous about his work, he produced prolifically during the 20th century, making him one of Netherland’s most known designers of the time.

Born in 1885 in Zaandijk, the Netherlands, Piet Zwart’s early schooling days complimented his diverse artistic nature that he’ll pursue later on in his life. Attending the School of Applied Arts in Amsterdam between 1902 and 1907, he was introduced to drawing, painting, architecture and applied arts, as well as the English Arts and Crafts movement that was largely popular during the early 1900s in Netherlands. Developing his style loosely, unmolded by the influences from above as the professors were often absent, Zwart recalls the experience and the institution as “A smashing school with no idea of a programme.” Nevertheless, it definitely helped sculpt the young artistic character, providing knowledge and endless interest to Piet Zwart who, although formally trained as an architect, will end up widely known for his graphic design work.

The career of a graphic designer started out in 1919 for Piet Zwart, and he’ll go on perfecting it up until World War II when the social revolution and new artistic ideas of the Avant-garde offered new possibilities in the post-war period. Beginning as a draftsman for the architect Jan Wils, the De Stijl marks of abstract, linear, and geometric qualities reflected in his work from the period of his employment. He would later work as an assistant to Hendrik P. Berlage from 1921 to 1927, before engaging in typographic work. His first piece within this particular field came out when asked to design stationery for Wils’ office, and it echoed the title lettering for the De Stijl periodical. Working closely with Vilmos Huszàr who co-founded the De Stijl magazine and was the designer for the cover of the first issue, Zwart would exchange many ideas and start multiple projects with his colleague, feeling initially strongly drawn to the radical concepts that defined De Stijl, but ending up rejecting some of them, especially the emphasis on symmetry and the use of strict horizontals and verticals.

But it was far from a dead-end for Zwart: employed by the Nederlandsche Kabelfabriek (Dutch Cable Manufacturers) in Delft, he would work on hundreds of designs for groundbreaking advertisements and brochures in the period of ten years between 1923 and 1933. With the freedom to push forward his style and experiment, he would use a variety of forms, from small to large letters, circles and rectangles, to using visual puns and repetition in order to convey his message more firmly. During the 1920s, he would also explore typography as means of expression, realizing just how little he knew of the craft. Learning as much as he could, he would eventually title himself as “typotekt,” standing between a typographer and an architect. His aim was to accentuate words within the text and thus make typography less dull for the reader, and his distinct style was formed around strong diagonals, the use of primary colors, scale, and carefully planned asymmetry which contradicted the conventional tendency for symmetry around a fixed central axis.

His interest led him to add yet another aspect to his work, adding the new “photogram” process in 1923 that slowly grew on Zwart who started using it for his compositions. Working with photographic images was becoming more and more realizable, and he integrated his first image into his work in 1926, adding a certain tension between the two-dimensional type and the three-dimensional image. The pinnacle of his use of photography was his design of the eighty pages long NKF catalog in which he incorporated close-up photographs of the electric cables, achieving a balance between photographs, text, and white space on the page. Leaving the company in 1933, Zwart went on to become an interior, industrial and furniture designer.

Zwart dealt with graphic design, as well with interior, industrial and furniture design

Piet Zwart was known to be highly devoted to his work, even to a point where some would question his character. He put high standards for himself throughout his career, working tirelessly in order to give life to his innovative ideas. Some of them were pointed towards the schooling of children in one way or the other; his first related project started in 1930 when he was approached to design aspects of The Book of PTT which though children how to use the postal service. He even had ideas on redevelopment of art education while working at the Rotterdam Academy of Fine Arts. His progressive ideas were linked to the innovative methods used at Bauhaus School in Dessau where he was asked to host a number of lessons in 1929, and for his explicit requests, he was fired from the Fine Arts Academy.

In addition to all of the mentioned, Zwart was also drawn to dadaïsm and the international avant-garde, in particular, the Russian Constructivism, and had worked mostly on industrial design after being held hostage by Germans in World War II. Continuing his work, Piet Zwart’s life had ended in 1977, at the age of 92. For being one of the most prominent Dutch designers of the 20th century that left a huge impact on the designers of today, as well as being one of the most versatile artists of the period, he was awarded the title of Designer of the Century in 2000 by the Association of Dutch Designers, and given his prolific and innovative portfolio, it couldn’t be more fitting and deserved.