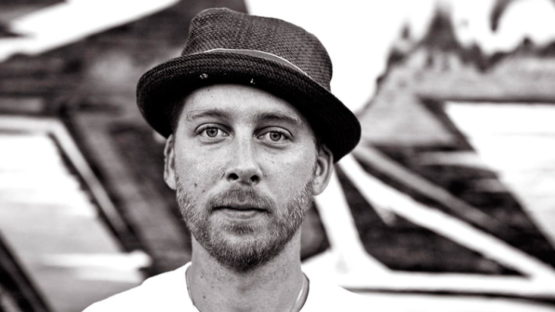 Jordan Nickel aka POSE is Chicago-based artist known for his progressive letter style, technical precision, dedication, and legal troubles that made him a front runner of Chicago’s golden age of graffiti.  POSE is a member of The Seventh Letter, an acclaimed West Coast artist collective and Mad Society Kings (MSK), a world-renowned graffiti crew.

POSE was born in 1980 in Evanston, Illinois, and began painting graffiti in 1992. He pursued academic art study at the Kansas City Art Institute and received a degree in painting 2004. In 2005, he founded We Are Supervision, with artist/photojournalist KC Ortiz, a creative agency that focuses on large-scale, hand-painted signs and billboard mural painting.

POSE dabbled in the gallery world and by 2009 completely transitioned into it full time. His paintings have been in high demand ever since. His recent exhibitions at Jonathan Levine Gallery and Volta in New York and at Known Galley in Los Angeles were highly attended and sold out. While his studio work is a departure from his work on the street, it contains the energy and impact of his graffiti.

Inspired by pop art, POSE uses bright colors and a tight graphic style to create intense paintings that nearly jump off the walls. He morphs illustration, lettering, screen print aesthetics, humor, and violence in every piece of artwork, giving the body of work a storybook anthology feel while each piece persists in its own narrative world.

He continues to paint large-scale murals outside and has recently completed a big public arts project in Detroit and collaboration mural with artist REVOK on the famous Houston/Bowery wall in New York City. POSE is easily one of the top ten most sought after graffiti artists in the world. As a result he has been flown all over the world as a guest at many art events. He has worked on many commercial jobs with proven brands and his progression to gallery artist has been a whirlwind experience. His incredible talent and ambition make him a contemporary artist to follow and collect. 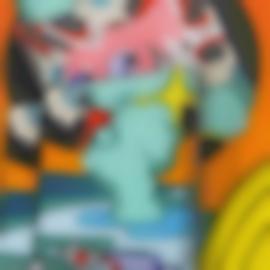 This blurred image is only for you to be able to identify the artwork. If you want to discover artworks from Pose, go to this page.