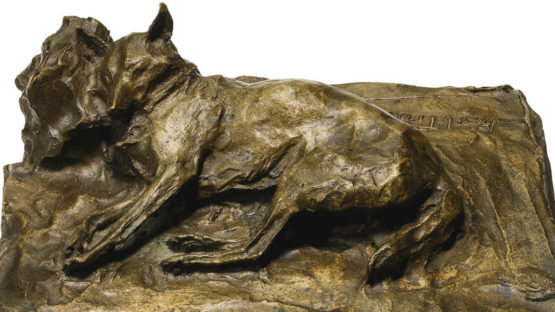 Prince Paolo Petrovich Troubetzkoy (also known as Pavel or Paul) was the son of Russian diplomat Prince Peter Petrovich Troubetzkoy. He worked in Russia, America, England and Italy and was a self-taught artist, although he learned sculpture from Giuseppe Grandi. Troubetzkoy is associated with impressionism, due to his ability to grasp sketchy movements in his bronze works. He was heavily influenced by the work of Auguste Rodin and Medardo Rosso, and usally depicted the society of the Belle Époque.