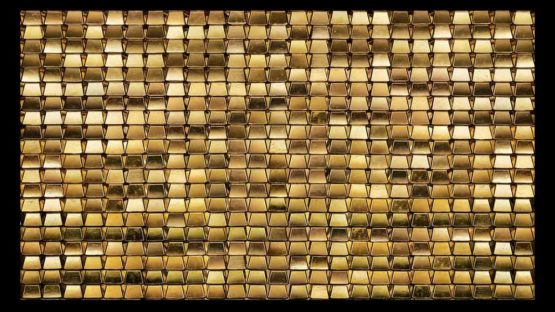 Ralf Kaspers is a photographer who explores a great variety of subjects. On the one hand, he is attracted to monumental themes, such as nature, cityscapes and architecture found in different places on the planet, from Tokyo to New York and from Bangkok to Serengeti National Park.Trademark views shot by Kaspers include several grandiose ‘ceremonial’ buildings like the Stonehenge, the New York Stock Exchange or the Moscow Luzhniki Stadium. On the other hand, the photographer is interested in a contrary thing, which is the ornamental microcosm consisting of innumerable combinations of identical small objects. Anything can be scrutinized through the camera lens – flies, black caviar, clipped fingernails, empty cartridges, massive gold bars, bullets for the Kalashnikov gun, 500-euro banknotes etc.

Kaspers was born in 1957 in Düsseldorf where he studied photography and graphic arts at the Academy of Visual Arts (Düsseldorf) in 1977-1982. It is no wonder that Kaspers joined smoothly the famous Düsseldorf School of conceptual photography. Following the successful trend his career has been taking, Kaspers opened an atelier in 1991 which carries his name.

The constant change of themes and subjects enables the author to examine the most important artistic categories, such as form, texture, and rhythm. However, the concentration on pictorial qualities doesn’t interfere with the artist’s favor of ‘eternal’ issues of good and evil, religious beliefs, historical guilt or temptations of fortune. Kaspers treats the latter theme in different ways, including panoramic views of trading rooms in the stock exchanges of New York, Tokyo and Frankfurt (2007), compositions with black caviar or gold bars (2008), the ‘stronghold’ entitled One Million Euros (2007), and so on.

The artist is also concerned with the problem of historical morality: one of his best known works, Document F321 (2007), is a photo of the tattered report on German concentration camps, which was prepared for the Nuremberg Trials. This being mentioned, in Kaspers’ works moral aspects are strictly separated from the issues of form; just so, Document F321 is floating in the picture plane and thus falls out of its historical context, turning into a nearly abstract phenomenon. The same principle acts in Luzhniki Stadium (2008). Here a real place is depicted, but digital effects allow the clear geometry to play its part: the combination of square, circle and ovoid forms seems to be the most impressive one.