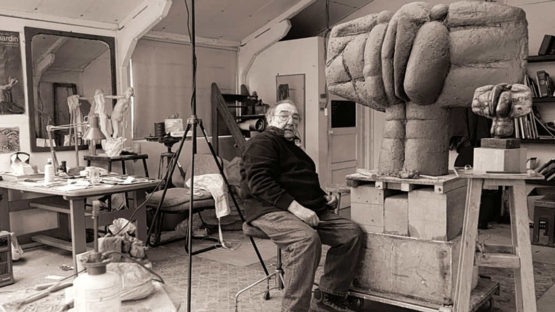 Ralph Brown was an English sculptor who came to national prominence in the late 1950s with his large-scale bronze Meat Porters, commissioned for Harlow New Town, Essex and is known for his sensual, figurative sculptures. Like Henry Moore who befriended him and encouraged him by buying his work, Brown’s art is deeply rooted in the figurative tradition. However, whilst his predecessors focused their energies on carving and maintaining ‘truth to materials’, Brown concentrated on modeling allowing him to interact with his material on a more intimate level.