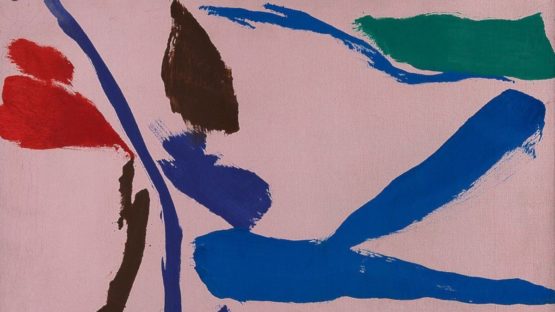 Born in 1922 in Beresford, South Dakota, Parker attended the University of Iowa where he earned his MFA. From 1948 to 1951 he taught painting at the University of Minnesota in Minneapolis. His early works were influenced by Cubism, but after meeting the leading Abstract Expressionists of the day, including Mark Rothko and Willem de Kooning, he began to simplify and refine his works through abstraction and color.

Combining his appreciation for jazz, Henri Matisse, and Color Field painting, Parker produced unique works in an improvised painting style that reflected various emotional states. Over the years, he developed a singular style characterized by intense color and simple geometric shapes. Among his most famous bodies of work are the Simple Paintings from the late 1950s early 1960s, where he used the method of stacked, clearly colored floating forms that are straightforward and geometric in shape. Parker died in 1990. 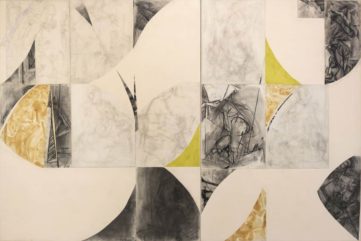 How The Hamptons Inspired Artists in the 1950s and 60s

For the second time, the upcoming exhibition at Eric Firestone Gallery will explore the vibrant art scene of the 1950s and 1960s in The Hamptons.