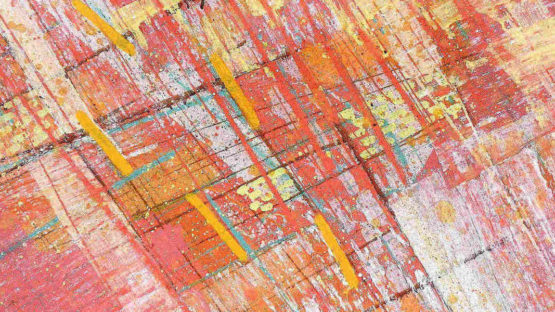 Harmon paints dominantly on an architectural scale, encompassing multistory building facades, sidewalks and street surfaces which he has referred to as “site-specific paint installations.” Visually his work is based in gestural abstracted forms utilizing intensely vibrant colors to alter the public perception of both the architecture and its contextual environment