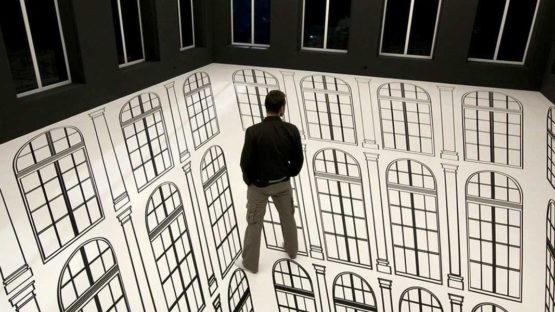 Regina Silveira was born in Porto Alegre, Brazil but has spent much of her life in the city of São Paulo. She began studying art in 1950 under Brazilian painter Ibere Camargo; she studied lithography and woodcut in addition to painting. In the 1970s, she began experimenting with printmaking and video.