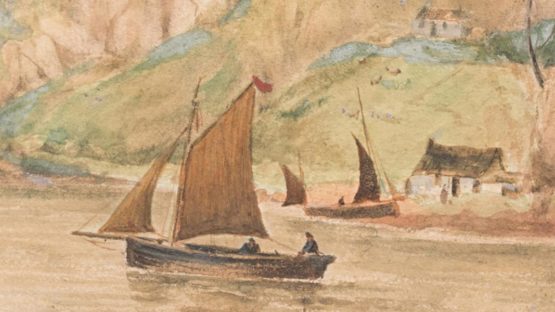 Robert Cooper was a visual artist who lived and worked in the 19th Century. He is known for his watercolors such as The Sound of Scalpa, Isle of Skye, Scotland.