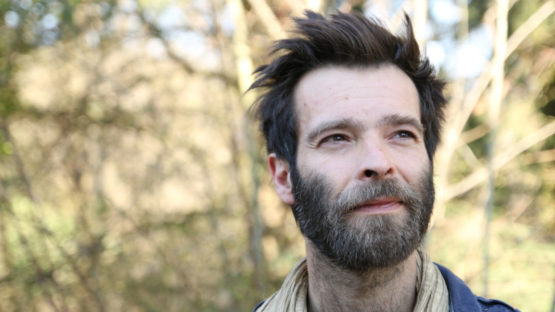 When a time for change finally comes, you should accept it. Even if you were satisfied with the past, who knows what the future carries, and sometimes that unpredictability is thrilling. Something similar happened to Romain Langlois, who worked with an architect for five years designing stores and other objects, before discovering his true calling – the sculpture. A self-taught artist, he started learning about the human body and faces, before moving forward to what surrounds us, even working with garbage. He is known for reworking the materials in a fashion that intrigues and makes the viewers question their perception of both what they see with their eyes and what they know.

Speaking about the process of working with bronze, it starts with expressive and anatomical modeling of the subject, then the modeling is refined and the expression is getting corrected. Creating an elastomer mold is the next step, just before making the mold rigid by adding the resin. The bronze pieces are melted in a specialized foundry. In the end, Langlois cleans the sculpture and adds patina, giving it the final appearance. The perenniality and the vibrational quality of the bronze, aside from the ability to lock and reveal placed emotions are the main reasons he uses it the most. As of 2013 and a collaboration with Eric Papon, Langlois’ long lasting fascination with the processes of crystallization and petrification had helped him introduce a new method of creating art. A mould is placed under a petrifying fountain for several months while the progressive crystallization of the calcium carbonate, controlled daily by the craftsman, gives rise to the work of art, drop by drop. This transmutation of substance, a process that nature requires thousands and thousands of years to accomplish, is happening right before the artist’s watchful eyes.

Bronze has vibrational quality as well as perenniality

He was born in Saint-Etienne and worked for five years with an architect making stores in the late 90’s. In 1999, he overnight started making sculptures and learning about the human body by reading the anatomical charts and medical books. Langlois spent six months studying at the School of Decorative Arts in Strasbourg but failed to learn what he was interested in, and that were techniques. Since he didn’t learn them, he decided to teach himself. The interest in bronze came in 2002. Since 2011, the nature-inspired artworks appear in his oeuvre, where the most common of elements, like stones, branches, and trunks, become models. More recently, Langlois developed an interest in the industrial waste, a surroundings of human beings in its most immediate space. The artist takes these scraps that no one longer see, and transforms them like a true alchemist, giving them a new look and a new life. Everything is alive and moving, constantly changing. Sadly, life can’t always show its best side, and the artist attempts to root out that hidden beauty and to breath a new life into the matter.

The artist attempts to root out the hidden beauty in things

Langlois works with materials that allow him to say a little bit more, constantly seeking more opportunities for expression rather than embracing the existing reality. That’s always been the idea behind his work. He admires this amazing feature seen in great sculptors, as they are always right, even when venturing far from reality. The artist subtly captures the attention of the audience, successfully avoiding the trap of pretentiousness, simplifying the idea to the maximum. Their attention is subconsciously being shifted towards greater questions, such as environment and even re-birth, successfully giving new life to things like discarded and rotting beans.

He is represented by Artistics, an online gallery based in Paris.

Romain Langlois is based in La Côte Martin, France.