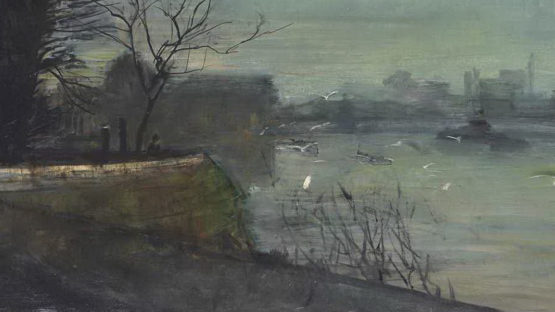 Ruskin Spear was born in Hammersmith, Spear attended the local art school before going on to the Royal College of Art in 1930. He began his teaching career at Croydon School of Art, going on to teach at the Royal College of Art from 1948 to 1975. Initially influenced by Sickert and the Camden Town Group, and the portraiture of the Euston Road School, his work often has a narrative quality, with elements of humor and gentle satire.