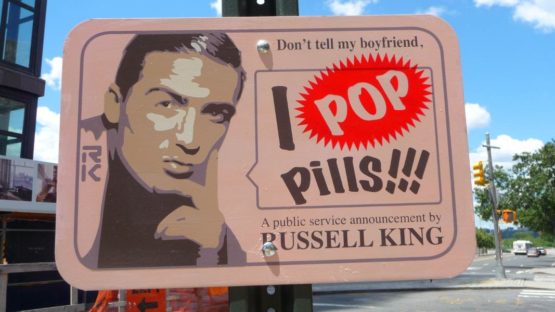 Russell King is an American artist who has been adorning the streets of New York City since the mid-two thousands with his classic, retro-style urban art.
He earned his MFA from New York Academy of Art. Since taking to the public sphere in 2006, Russell has moved from drawing to stenciling to silk screens and back based on his own original photographs.