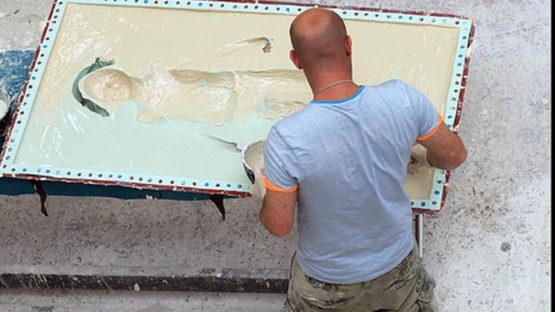 Schoony’s background is rooted in special effects and prosthetics for the film industry with his career spanning over twenty years.

Since the age of fifteen Schoony has worked on over a hundred films mostly based in the UK however his work and reputation for high class pioneering techniques has reached far corners of the world; Thailand on Rambo, Morocco on Black Hawk Down and even as far as Australia and New Zealand working on Where The Wild Things Are and The Weta Workshop.

Since then, his new found career has gone from strength to strength. Schoony’s Boy Soldier had a staring roll in the film KICKASS 2. His art has universal meaning for all walks of life. Schoony is one of few artists that use the discipline of life casting as an art form.