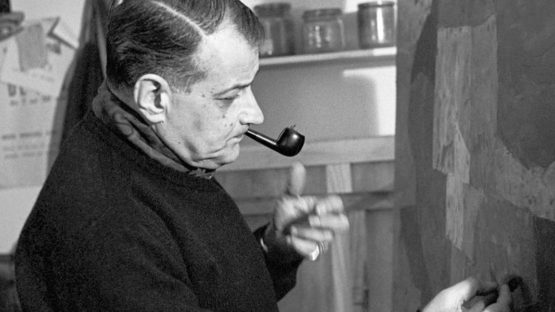 Serge Poliakoff was a Russian-born French modernist painter, known for his involvement with the European expressionist Taschisme movement and the CoBrA group.

Born in Moscow in 1906, the artist fled his native country during the Russian Revolution in 1917. For the next six years, Poliakoff made his way from Constantinople to Paris, supporting himself by playing the guitar. Serge finnaly settled in Paris, where he attended the Académie de la Grande Chaumière.