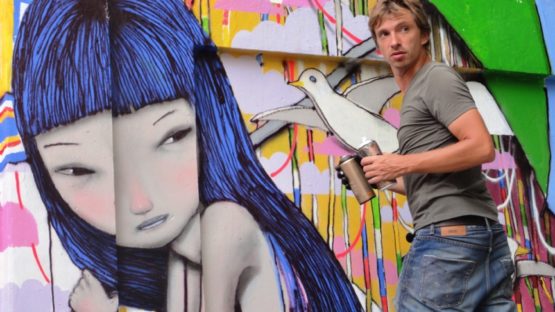 The French artist Julien “Seth” Malland, or Globepainter as he calls himself, is on a mission to cover the world with his colourful street art. The originality in Globepainter’s street art is that his work incorporates local symbols and subjects from the surroundings. The message is often very playful and political at the same time!

Part of Globepainter’s success is due to his work with the documentary series Les Nouveux Explorateurs, which brought him to all corners of the world to draw inspiration and paint. The Globepainter project has been documented in the book “Globepainter”, with photos, sketches and anecdotes from his travels.

Seth also tries to involve the local community in different ways. One way of involving people in his art is by photographing them posing next to the murals. So, have a look around town the next time you are visiting China, South Africa or any other of all the countries that he has left his artistic mark on.