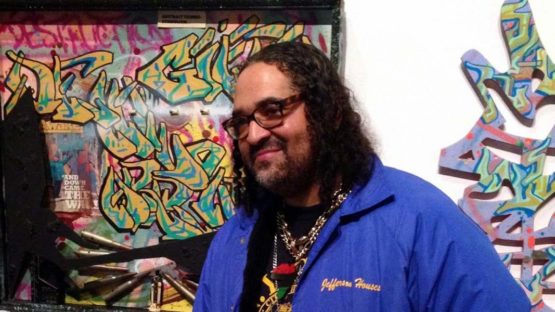 Shapr has been one of the first New York City subway graffiti artists. He was born Aaron Goodstone in 1966, in New York, United States.
Nowadays, Sharp works in acrylic, mixed-media, and spray paint on canvas.
His style has been described as Techno Abstract Symbolism.