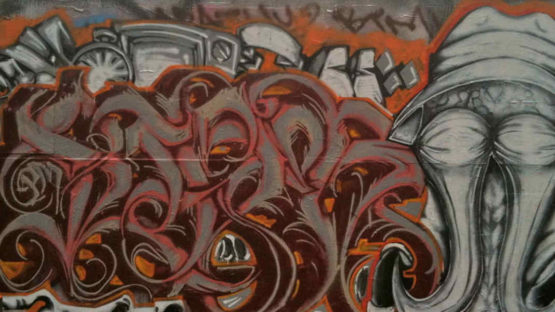 Bron in 1975, Siker is a French street artist who began his career on the streets of Toulouse in the early 1990s. Additionally, he moved to Canada where is considered to be one of the pioneers of graffiti.