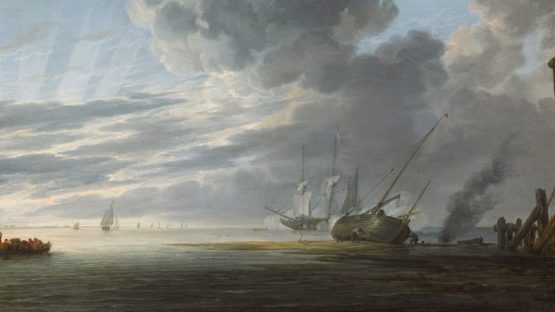 Simon de Vlieger was a Dutch artist noted for his marine paintings. He was born c. 1601 in Rotterdam and died in 1653, Weesp.