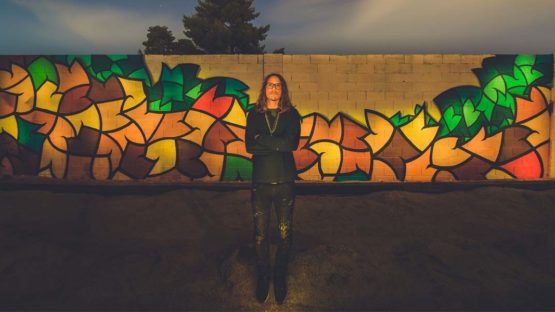 Bored with the dull life of Malibu, Spencer Mar Guilburt is back in Venice, where he indulges in the vibrant life style which corresponds his fiery style. Spencer criticizes the gentrification that’s happening in Venice Beach, but won’t leave Los Angeles. Being the place where many come to find their happiness and pursue their dreams, there’s always something happening. There’s a great influx of new energy, and this is addictive, which is the reason why Spencer gladly calls L.A. his home, although he was born in Santa Monica.

Too Cool for School

Spencer has a rather turbulent education background. Just one night before the enrollment, he made a set of drawings, which was appreciated by professors at the University of Southern California, so he got in. But as everything institutionalized, the USC had its own set of rules, and when Spencer spent less time than predicted, working on a project, it was frowned upon. Still, at the USC, Spencer decided to try something different and starts an automotive design course, only to later refer to this as the dumbest idea ever. It’s after this that he went for Political Science in which he holds a degree and a usefully applicable knowledge. Still, it took some time for him to realize that his true passion is art, and that all of his notebooks are filled with drawings, aside from the highly appreciated applicable knowledge. After this scholar adventure, Spencer turned to graphic design, having learnt Photoshop with the intention of making a false ID. Luckily, it is this skill that drew him to reinvent his art and led to his signature motif.

Growing up with a father who was a photographer, Spencer was no stranger to art. His father used to tell him to fill the frame in order to make a great photo. Although he had no idea what it meant at the time, these words helped him later on, as he was developing his style. Spencer is most famous for his fire flower motif which wasn’t premeditated, it is a shape that merely came to exist, as he continued doing it, making it, with no previous conception. These are the values he believes in, the art of letting things happen and letting things go. Some of his favorite pieces are either painted over or, or his paintings are hung in someone’s apartment, and this separation is something he has learned to deal with. When the fire flowers shapes were still in the making, Spencer didn’t know what he was doing, with no thought of how, when and why, with no reference to how is looking, he continued to paint, until the final concept appeared before him. His art is a form of meditation. His fire flowers usually have no recognizable imagery, and their color catches your eye as you walk the vibrant streets of L.A. following you in their shape as you go.

Featured photo: Spencer Mar Guilburt – portrait in front of his mural, courtesy of the artist