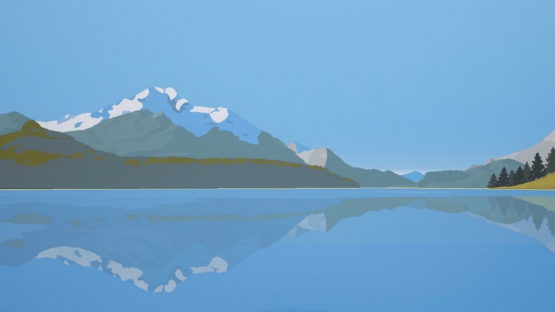 Stefan Rüesch was born in Luzern, but he later moved to the West Coast; Los Angeles and Santa Monica, where he developed his artistic practice further. In the late eighties he decided to return to his Swiss roots, where he currently lives and works in Chur. He is a self taught genius that proves that craftsmanship is still a key player in the arts, as he requires around 4 weeks to produce a piece in his pixel-ed style.