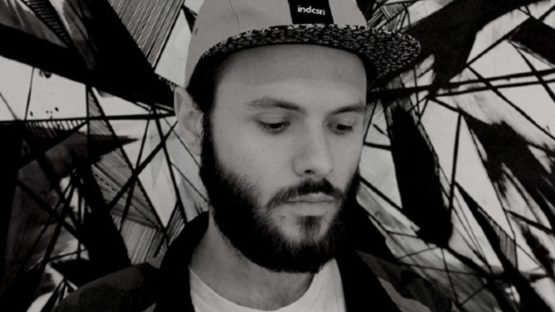 Graeme Turnbul, better known as Stendec, is a Scottish street artist, known for balancing between working on high end commercial vfx projects and creating incredible 3D imaginary, or doing hand drawn art, with limited use of shapes and tones. In his artwork he tries to focus on the surroundings, architecture, and buildings giving them a touch of his own imagination. Stendec’s paintings could be described as controlled chaos. He changes the typical perception of geometrical lines and curves and creates unexpected versions of street art. The originality seen in his projects is inconsistent with traditional aspects of urban art.

This street artist grew up in Glasgow, but his aspirations for learning took him to London. He says that he is inspired by his peers, friends and those who are creative. Lots of attention is given to the shadow, forms, and negative space in his paintings. The accent is on geometry lines and in some cases minimalist approach that leaves sharp, yet appealing look to the audience. His art is based on the visual elements that leave powerful and lasting impression on viewers. When doing his primal hand drawn art, Stendec sets certain boundaries when it comes to the palette of lines, colors, and fragments. In one interview Stendec speaks about the variety of methods, materials, and styles he uses in his street work. His paintings represent the combination of loose and hard-edged brushwork with minimum colors on one side and bold and abstract approach on the other side. One day he works on London walls using spray cans and paint, creating something unusual, spontaneous, or even cathartic. On the other, he is making the most sophisticated, detailed and elegant piece of art on canvas, by using the superfine pen in his studio.

The accent is on geometry lines and in some cases minimalist approach that leaves sharp, yet appealing look to the audience

In 2014 Graeme Turnbul aka Stendec, together with more than 100 artists from over 18 countries, participated in a project called A Major Minority, which was held at 1AM Gallery in San Francisco, and curated by the graffiti artist Poesia. The goal of this international survey was to show the latitude of the spectrum that exists within the Other-contemporary art community. Other-contemporary art, as part of the urban culture, has origins in traditional Graffiti movement from the 1960’s, but exceeds it by embracing new techniques and more modern aesthetics of forms.

Other-contemporary art, as part of the urban culture, has origins in traditional Graffiti movement from the 1960’s

Combination of Styles and Perspectives

In Edinburgh, Stendec participated in an audio-visual project called Rewire. The main idea was to bring together abstract urban artist whose works would be interpreted sonically by experimental electronic artist. In some way this represents the turn over of the common model, where artist create pictures based on music. The artist also featured in Futurism 2.0… book, alongside many talented people, thanks to Gamma Proforma. His work showed up in Volume Magazine, on canvases and postcards. Author creations were part of the White Canvas Project, the exhibition held in London in 2012 and 2013 on several locations.

The artist is represented by Fousion Gallery in Barcelona.

Featured image: Stendec – Portrait
All images copyright of the artist