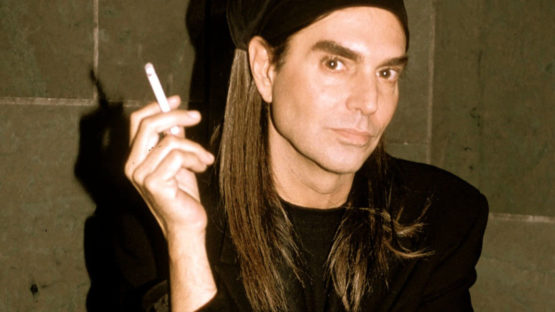 A fashion world idol known for his visually striking and provocative images, Steven Meisel is an American photographer whose artworks have been gracing the covers of numerous major magazines and campaigns for decades.[1] His incredible life story saw him develop a childhood obsession with fashion illustration into such a fine photographic talent that only a chosen few can stand shoulder to shoulder next to Steven in the fashion department. Mostly through working for both the Italian and the US version of the Vogue magazine, Meisel discovered and popularized a number of influential supermodels, makeup artists and designers, including such names as Ross Van Der Heide, Naomi Campbell, François Nars, Christy Turlington, Laura Mercier and Linda Evangelista. It should also be noted that Steven’s work with Madonna is one of the brightest moments of this photographer’s career.

Childhood Obsessions and Fascinations With Fashion

Steven Meisel was born in New York City during the year of 1954. Ever since an early age, he was fascinated with beauty and models, as reflected by his tireless hobby of drawing women in a notebook which pretty much substituted all toys in his childhood. He used magazines like Vogue and Harper’s Bazaar as sources of inspiration for his drawings. Via these publications, Steven became obsessed with models such as Twiggy, Veruschka and Jean Shrimpton. When he was twelve years of age, Meisel asked some older girlfriends to call model agencies and to pretend that they are the secretaries of Richard Avedon in order to set a meeting with some famous models. By devising this cleverish scheme, Meisel met the famous model Twiggy as the 12-year-old waited for her to arrive at a false meeting outside of the Melvin Sokolsky’s studio. Steven studied classes at the High School of Art and Design, and later at the Parsons The New School for Design where he attended different courses and majored in fashion illustration.

After graduating, one of Meisel’s first jobs was to work for a fashion designer Halston as an illustrator. As a part-time gig, Steven also taught illustration at Parsons. Interestingly, up to that point, the young author never thought he will become an actual photographer, seeing himself more as a fan than a practitioner. In other words, Steven wanted to stick to what he knew and loved – illustrating. However, after considering that photos are a much more lasting medium then drawings and that the Big Apple scene was fueled by cameras, Meisel had a change of heart. He went to Elite Model Management where a man named Oscar Reyes allowed him to take pictures of some of their models. Steven would sometimes photograph them in his apartment in Gramercy Park and other times on the streets, depending on the desired effects. One of the earliest models Meisel took images of was Phoebe Cates. After seeing his pictures in numerous portfolios of the models he worked with, Meisel’s name was suddenly on everyone’s lips and the aspiring photographer was offered a position at the Seventeen.

The Clientele In Front of His Camera

Since the time he got himself involved with photos, Meisel’s career has been going nowhere but up. He soon got himself involved with some incredibly famous clientele as Steven started contributing photos for covers of several popular magazines and music albums. He is the man behind the covers of two RIAA Diamond-certified albums, Madonna’s 1984 album Like a Virgin and Mariah Carey’s 1995 album Daydream. Working with Madonna has been a recurring activity as Meisel is one of her most trusted photographers. Besides many of her albums, his images were gathered in a notorious table top book titled Sex which featured numerous provocative stills of Madonna and the happenings from her wild lifestyle. As was said earlier, Steven shot campaigns for Versace, Valentino, Dolce & Gabbana, Louis Vuitton, Balenciaga and Calvin Klein. However, his most successful fashion campaign is often connected to Prada as Meisel does their images each season to this day. Speaking of maintaining impressive clients, Steven still works with Madonna the two created many fascinating images during the early 2000s. It should also be noted that Steven’s close friend is Anna Sui for whom he also shot several campaigns, even though Sui rarely uses advertising to promote her line of clothing.

The Influence of Steven Meisel

Nowadays, Steven is regarded as one of the most powerful photographers in the fashion industry. Surprisingly, Meisel is notorious for rarely giving interviews or being photographed[2] – a feature which definitely helped with his reputation as it managed to shroud it in mystery and intrigue. A constant visionary, Steven has been credited with discovering some of the biggest fashion models the world has ever seen. Even if we withhold the names mentioned in the opening paragraph, Meisel can still be credited with establishing the careers of Guinevere Van Seenus, Karen Elson, Meghan Collison, Amber Valletta, Kristen McMenamy, Stella Tennant, Raquel Zimmerman, Sasha Pivovarova, Iris Strubegger, Lara Stone, Coco Rocha, Natalia Vodianova, Vanessa Axente and Elise Crombez. Most of these were propelled to fame via Steven’s photos made for Vogue and a few fashion campaigns. It should be noted that Meisel’s influence and interest seem to also extend past models as he has often been the pivotal figure of different operations and innovations within the world of fashion. However, his style of photo making seems to remain the same for all those years – his imagery, although often controversial, does have a way of juxtaposing fashion with politics and social culture. Steven is also one of the very few outstanding photographers that do not have a published book solely dedicated to his photographic work.

An Icon of Fashion Photos

Now in his early sixties, Steven Meisel’s career is one of the brightest examples towards which any aspiring photographer should be striving. His impressive Curriculum Vitae is crowned by Steven’s cover images and controversial pictures for music albums, the Vogue publications, Prada campaigns and W magazines, as well as numerous artworks done for the likes of Versace, Valentino, Dolce & Gabbana, Louis Vuitton, Balenciaga and Calvin Klein. It’s interesting to analyze how Meisel was able to visualize the trends of every season, how his prolific pre-eminent images were always the one which set the current stage of the fashion photography. Combining that fact with Steven’s prodigious ability to script stories that reflect the contemporary culture, Meisel managed to establish himself as a valuable reference for anyone interested in exploring the cultural occurrences of the last couple of fashion eras. 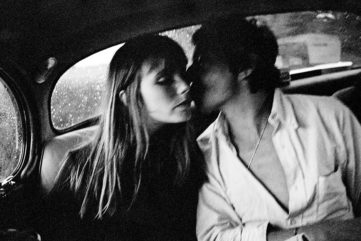 10 Photographs of Love on Valentine's Day

10 Photographs Celebrating Love on Valentines day! And, whether you are currently into it or not – love will be in the air and it will take you there. 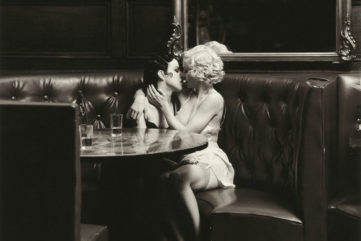