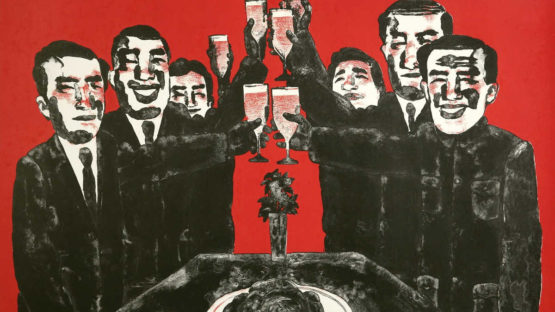 Su Xinping is a renowned Mongolia-born Chinese artist best known for his painterly-based practice characterized by black and white aesthetic and red backdrops. The figures inhabiting his paintings reveal anxiety, freight, and even torment, since they are often found in unsettling and slightly bizarre situations which reflect the social and political restriction imposed by the society, as well as the lack of communication. By exploring the ongoing tension between man and society and the consequences of isolation, Xinping digs deep into complex personal and collective psychological and emotional states. In brief, regardless of the media (painting, lithograph, woodcut), all of his works function as socially and politically charged metaphors.