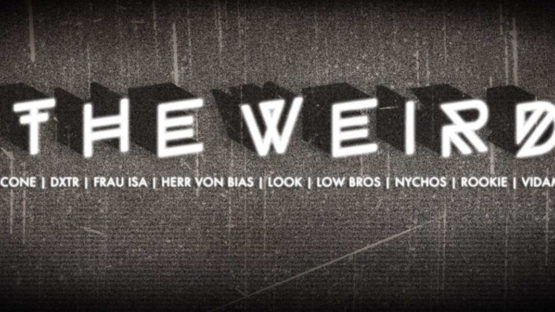 The Weird is a crew of artists spread all over Germany and Austria, founded in 2011. The ten members come from a graffiti background and focus on high quality character design in unique recognizable styles. They work as artists, graphic designers, illustrators and lecturers. Each one a serious heavyweight styler, they prefer a maverick illustrative way of designing, no matter if the (art)work is private or a commissioned.

Some work in their own/self founded design bureaus, some on their own as freelancers. Each has been engaged, regularly and in projects, by international companies, public institutes and all sorts of other interesting customers. Besides that, every member appeared on jams, live-paintings, national and international art fairs and exhibitions during their many years’ careers as graffiti painters, although this label might not really fit. Cone and Vidam , two members are also professional DJs and music producers.

A collective of character painters of this aptitude is quite rare, even in the graffiti world. From the very first group production on, the different artists and their styles combined perfectly. Working together in a group that big is not as easy as it may sound. Everyone with experience in the creative field knows how hard finding matching styles can be. Especially when trying to merge them in one artwork. That, and the friendship among all Weirdos gives a perfect base for a pretty special artist collective.

Being spread out all over Germany and Austria makes it hard to get the whole line-up together in one place at the same time. But each time they managed it, they dropped great walls, finding a lot of enthusiasm among their viewers.