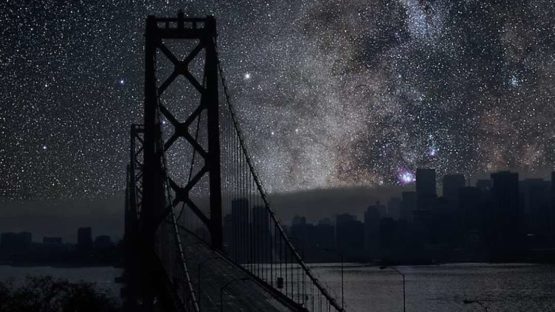 Thierry Cohen is a Paris-based photographer, best known for his Darkened Cities photo series, in which cityscapes are depicted with night skies artificially voided of their usual light pollution.