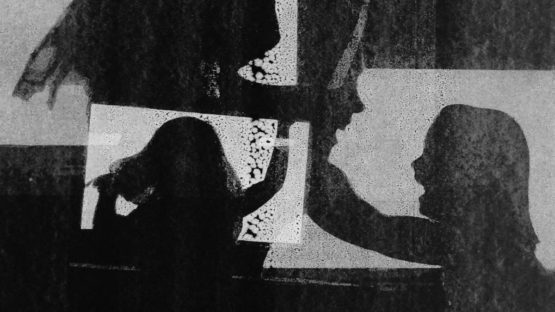 Painting as the ultimate and infinite research tool, painting as action, as commitment, as a form of thought, as a method of observing the world, as a means of expression. Painting to give meaning to life. Thomas de Vuillefroy is one of those whole artists, with a tortuous personal journey that is richer than that of a thousand men, who create as they breathe, who create to breathe. “To paint and not to be discouraged,” he says. During his first years of artistic practice, because he considers himself in a training phase and is not interested at this stage in obtaining a result, he systematically erases what he has produced with a stroke of paint spread with a scraper. Observing one day by chance that when he covered pastel with Indian ink, the ink did not cover the entire image uniformly but that a range of effects resulted, he began to develop a new personal technique of printing with a squeegee, giving unique prints (monotypes). He declines his findings in different series. One uses a sensitive line drawing, another uses paper cut-out covers which, combined with the successive passages of ink layers, determine different grey values. Finally, another exploits chance and accident for a more abstract series.

Thomas de Vuillefroy lives and works in Espalion, Aveyron. Between 2001 and 2005, he studied at the ESAG-Penninghen. After that, he continued his studies at the Beaux-Arts d’Angers.