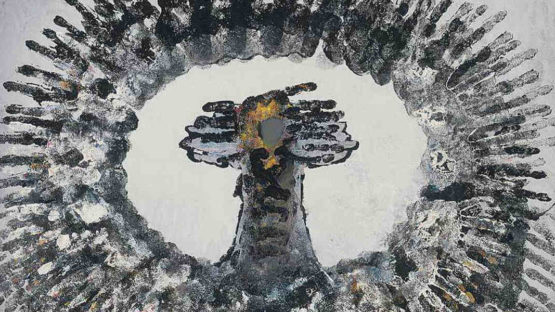 Newton Haydn or Tony Stubbing stubbing was born in England but spent much of his life abroad. Firstly, in the late 1940s-1950s in Spain and France, where he began to develop as an artist; then, in later life, he lived between London and America. His hand-print paintings of the 1950s-1960s were the first to earn him an international reputation, Sir Herbert Read chose one as the final image in his influential book A Concise History of Modern Painting, published in 1960. These atmospheric paintings, often on a large-scale, were made with Stubbing’s hands saturated like a living palette.