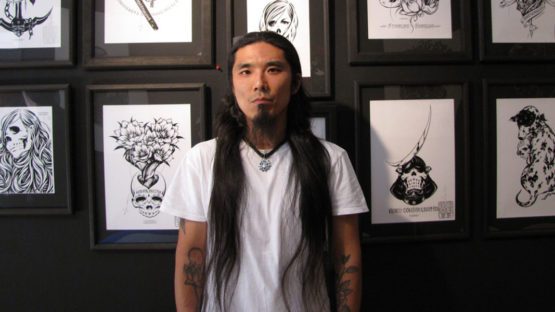 A single piece of artistic work can be perceived as literal opposites of the spectrum – where one viewer may see a symbol of death, another may see a new beginning, a symbol of birth and life. There is a lot of duality in this regard, and although the spectrum is literally endless in volume, the Japanese artist Usugrow takes it head on and portrays some of its elements in his work – life and death, black and white, visual and audio. With the skull being a repeating motif able to encompass these oppositions, he draws it, along with other subjects, with great attention to details reminding of a tattoo artist.

Usugrow portrays dualities of life and death, black and white…

The Cover of the 90s

The delicate oppositions in his works didn’t quite start as such, per se. During the early 1990s, the artist known as Usugrow began his artistic practice by making flyers, and when he would draw a skull it was, as he states, “Because it looked cool.” Although a few things have changed since back then, his expression still contains the same motifs: a skull, a flower, and the black and white portrayal of it. He loves drawing the skull and he thinks it holds a lot of meaning; the motif fits his philosophy well, and luckily for him, its depiction was a welcomed sight in the punk rock music business of the 1990s. Usugrow drew a number of designs for various album covers (which he still does) and even widened his field of work to skateboard companies and fashion brands.

Usugrow drew a number of designs for various album covers

Opposing Ends of the Spectrum

Usugrow makes his drawings with an incredible attention to detail, using very thin pens in order to emphasize the fine structure of certain parts. With his work being of high quality and sought after, the drawings he would make became a product of their own and he produces them as such today. The skull remaining the central figure, he’s drastically changed the way he sees it, embracing the duality of nature in his practice. Originally, the skull represents death and anyone seeing it would easily make the same assumption, but Usugrow looks at it as only a part of the whole, reminding that there was life before it came to death. More so, other dualities permeate his work: the black and white portrayal, the loose-hand depictions and letters, even his mantra “Ask the Moon, ask the Sun,” brings together certain opposites.

“For me, colors such as red, green, and blue are considered as noise”

Speaking of how focused he is on the details when he works, Usugrow describes the “noise” that colors like red, blue, and green make, surrounding himself with black in order to remove these distractions. Working on a black table with nothing but a black-colored pen and a white sheet, his undivided attention belongs to the drawing, instilling it with carefully placed details and character. Another element that adds to the personality of the piece and makes it instantly attributable to Usugrow is the unique calligraphy that he’s developed. Naming it Cosmopolitan, Usugrow has merged Chinese characters and other alphabets, adding a spiritual aspect to the composition of his artwork.

Remarkably talented, Usugrow manages to bring together the eternally conflicting light and dark, life and death, with such detail that makes the transition between the two seamless. Maintaining his balance, Usugrow sometimes leaves the stability of his desk and performs live painting, believing that both are equally important. By portraying all of these opposites in his creations, Usugrow’s work proves that the different polarities can exist together, making truly remarkable art in the process.

The artist is represented by Backwoods Gallery.

Usugrow lives and works in Tokyo. 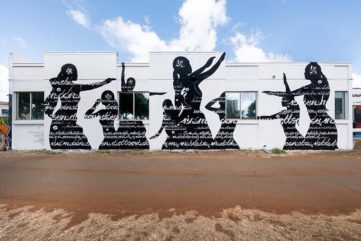 Usugrow's black and white mural, made for POW! WOW! Hawaii. 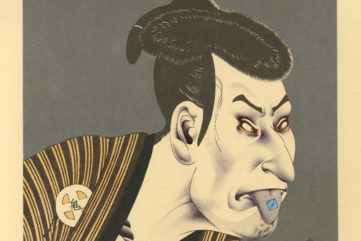 The hidden champions of Tokyo’s contemporary art scene are currently presenting their latest works of art at Backwoods Gallery in Melbourne. 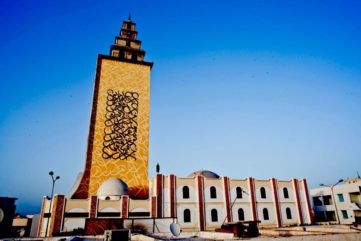 When contemporary graffiti artists have passion for calligraphy, there is no doubt that their artwork will be spectacular. 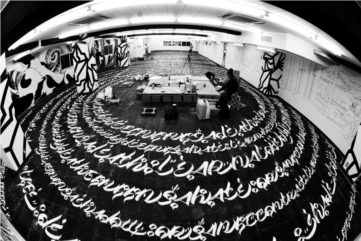 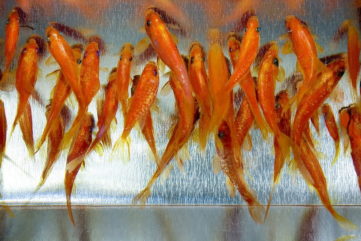 Famous Japanese artists on our list are the best contemporary and urban artists the Land of the Rising Sun has to offer. Check them out! 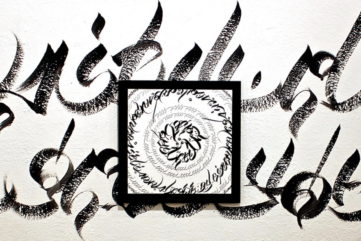 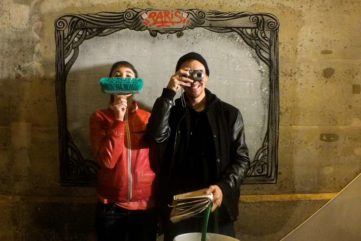 Instagram Art - Is This Networking Service a New Artistic Medium?

Instagram art - the time when social media will completely take over the traditional ways of approaching art world might be realistic, but not in the near future. 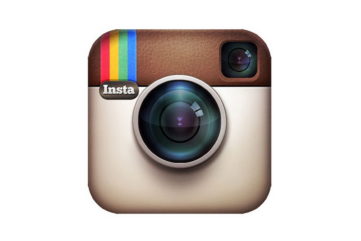 Ten Instagram accounts of prominent urban artists you should be following, they really keep their profiles interesting and entertaining 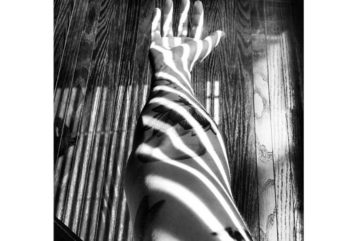 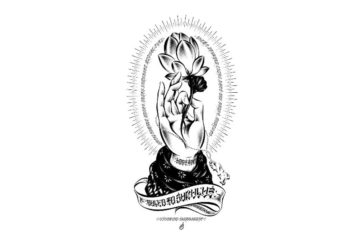 After a break of seven years, Usugrow came back to FiftySF Gallery, with a new series of ink drawings and prints, presented in an exhibition entitled Inkflow. 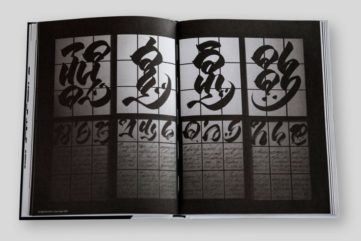 Usugrow in Black and White

Japanese artist Usugrow began his career in the early 90s when he started creating flyers for underground punk and metal bands in the music scene of that time. 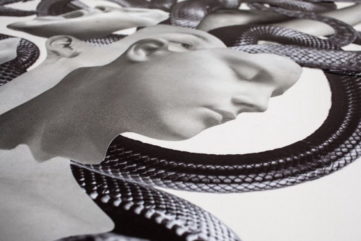 A Study of Hair is the third installment in what is to be a decade-long project led by Backwoods Gallery. Besides being a biological byproduct...