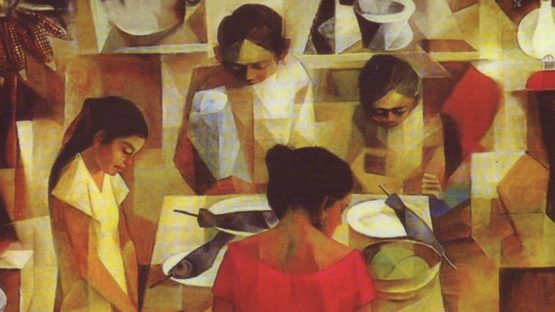 Manansala was the developer of transparent cubism. A fine example of this “transparent and translucent” technique is his composition, Kalabaw (Carabao) He is known for fusing the cultures of the barrio and the city in his paintings.