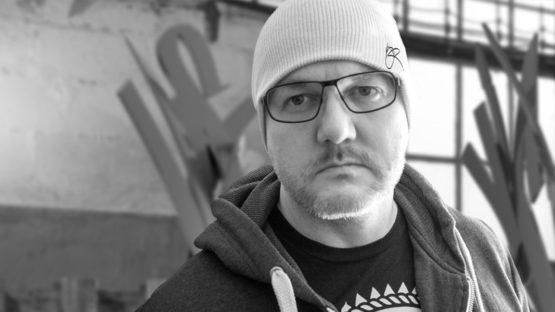 VISEone – born 1969 is an urban artist from Germany – best known for his lowbrow custom designs of urban vinyl toys which were embraced within the toy niche, as well as crossing over to influential design media like Notcot and Design You Trust.

His works – owned by international collectors – have been shown around the world.

Background: From Graffiti to Hip hop, and Back Again

VISEone started his creative path in the early 1990’s as a graffiti writer when character design was his main field. Due to a musical career (end of 1999) as a national booked hip hop DJ and producer with a major record deal, he took a break from painting before he stepped back in 2007, when he discovered the urban vinyl scene.

Since then, he constantly created unique custom works on vinyl platform toys and released several limited editions of his iconic style.
VISEone is best known for his dripping style where he combines his graffiti roots and his love of lowbrow and comic design.
He belongs to the top designers in the urban vinyl scene and his works are all sold out and sought after.

20 years after VISEone’s last piece on a wall, he went back to his roots of graffiti paintings but went one step further:
He creates – part life-sized – sculptures cut and bent out of heavy metal where he peels off his classic graffiti tag to put it into the open space to show a dynamic and 3-dimensional way of graffiti writing.

In 2015 he also started to paint again and creates mixed media canvas works. That same year, Sold Out Gallery in Germany displayed his new paintings at the Urban Insight Show. One of his many canvas works includes Drippin, where he uses different media, such as spraypaint, ink, acrylic paint and print.

VISEone lives and works in Germany.