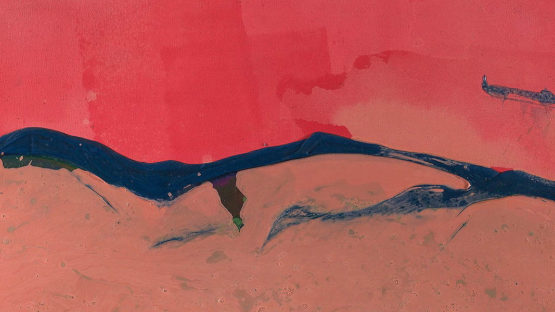 A leading figure in the development of Color Field painting, Walter Darby Bannard is best known for his severe abstract paintings of the late 1950s and early ’60s that were the springboard for a lifetime’s exploration of color. Continuously elaborating and revising the distillation of color and form,

Bannard was born in New Haven, Connecticut and attended the Phillips Exeter Academy (class of 1952) and Princeton University, where he struck up a friendship and working relationship with Frank Stella, who was also interested in minimalist abstraction. Bannard was awarded a Guggenheim Fellowship in 1968. Bannard was also a teacher and prolific writer on art, with over a hundred published essays and reviews. He wrote the catalog first comprehensive retrospective exhibition of the paintings of Hans Hofmann, at the Hirshhorn Museum in Washington, D.C.

Bannard initially experimented with swirling, turbulent paintings before arriving at refined minimalism characterized by isolated, luminous geometric form hovering over a single-color ground. Over the years, he dissolved the geometry of his early painting, loosening the brushwork and complicating to provide a topographic quality to his work.