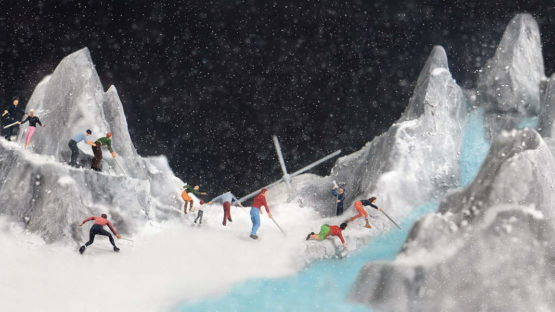 Walter Martin was born in Norfolk, Virginia in 1953. He received his B.A. from Old Dominion University in Virginia and his M.F.A. from Virginia Commonwealth University.

Paloma Muñoz was born in Madrid, Spain in 1965. She is the daughter of Spanish artist Paloma Navares and sister of film maker and producer David Muñoz.

Martin and Muñoz have been professional and personal partners since soon after they met in 1993. They live in Milford, Pennsylvania and maintain a studio in Williamsburg, Brooklyn. They work summers at a family retreat in Spain.