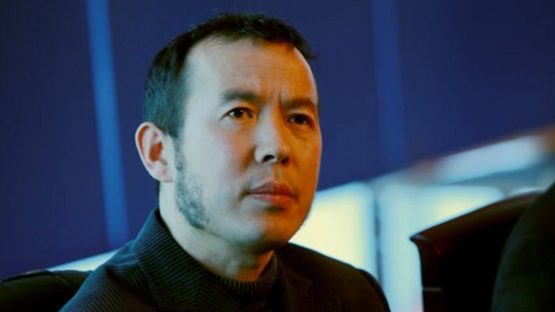 Wang Shaolun is a Chinese realistic painter very skilled in his efforts to mold characters of varied ages and genders in a specific circumstances, such as mountain farmers, for example, or a beautiful women.

He graduated as the top student from the Beijing Central Academy of Fine Arts. Following his graduation, he was commissioned by the Chinese government to paint several life-size oil paintings for museums in major cities, as well as for national celebratory events.

In the year 2000, Wang received sponsorship to conduct a one-year erudition at the Repin Art Academy in St. Petersburg. In 2003, the Chinese government bestowed him with a scholarship to do post-graduate studies in Moscow.

From the start of his career, it was quite amazing for a young artist in his twenties to adopt a realistic theme in close relation to mountain farmers’ life consisting of dozens of figures as a painting composition. This only manifests Wang’s boldness of vision. As to character portrayal, painting composition, spatial management and color tone, he has attained a perfect level in this painting.

Wang Shaolun has sent a message through this painting that a young oil painter full of vim and vitality can take an active part in Chinese painting arena. His unusual self-confidence and composure is attributed to not only his artistry and characters of tenacity and perseverance, but also his conviction that oil painting art is for reflecting people’s living status and complicated feelings and his actual experiences at the bottom of rural areas. Holding painting brush at hand, he will naturally recall those familiar figures and troubling problems in their living. It is particularly important that Wang Shaolun did share those farmers’ anxiety, anguish caused by lack of water and their longing for water.

At this moment when China enters a heyday of reform and opening up and urban residents become richer and richer, this young artist vividly depicts farmers’ difficulty in getting water from wells in the remote area, which demonstrates its strong realistic significance.

In Wang Shaolun’s understanding, modeling is a necessary basic skill for a realistic painter, while the comprehensive cultural and artistic cultivation is compulsory for each and every master of mature style. By looking at his exquisite portraits, sketches, and body paintings, it is easy to find his devoted pursuit in combination of composition and color, in-depth reflection of objects and presentation of his own subjective feeling, all of which he concludes as fundamental. With full attention to modeling, he has conducted a detailed and profound research on how to achieve resemblance at high level without limitation of original shape. Ultimately, he will break through the original shape to reach the essence. Wang Shaolun is particular about the integrated painting, spatial integration and harmony of objects, and harmony of black, white and grey while giving swing to detailed parts in the whole painting. He also makes study of Western classics, learns traditional art approach in realism, ponders carefully over the similarity and difference, and then introduces Chinese traditional freehand brushwork into the realistic oil painting creation. About this trial, Wang Shaolun holds that the realistic feature of oil painting such as solid 3D effects, abundant colors and texture must be preserved.

He lives and works in Beijing.