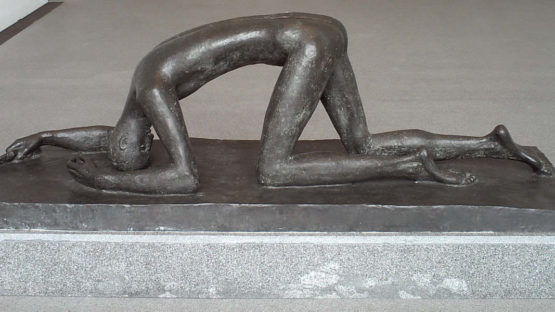 Wilhelm Lehmbruck was born in Duisburg, and studied sculpture at the School of Applied Arts in Düsseldorf by a stipend from the municipal authorities. In 1899 he began to make a living by doing illustrations for scientific publications. He was trained at the Kunstakademie Düsseldorf and is associated with the Düsseldorf school of painting from 1901 to 1906.