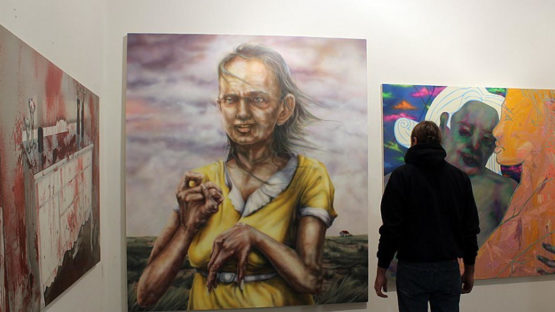 Willie Wayne Smith was born in Limbe Haiti in 1984. In 1991 his family moved to central Florida where he grew up, often visiting his birthplace in the summers. Willie received his MFA in Painting from the Cranbrook Academy of Art in 2010.

Featured image: Portrait of Willie Wayne Smith in front of his work – image courtesy of Wowhuh