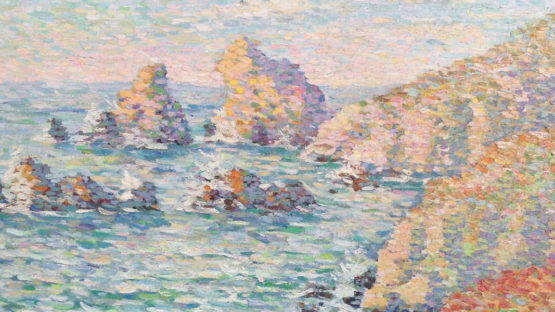 Willy Schlobach (Brussels, 27 August 1864 – Nonnenhorn, 1951) was a German-Belgian painter. In 1884, he was one of the founders of Les XX, a group of artists known for their hazy atmospheric paintings. In 1887 he went to London were he spent a few years. He described the London night life and by the end of the 1880s his work was increasingly characterized by neo-impressionistic influences, but after 1894 he returned to his earlier impressionist style.