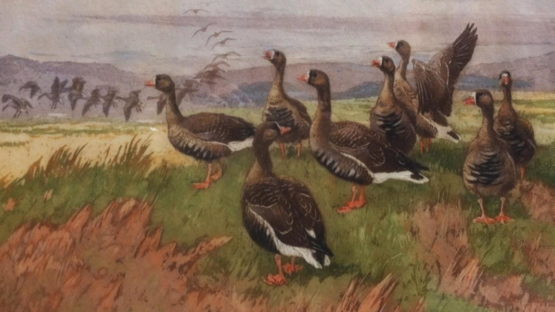 Winifred Maria Louise Austen was an English illustrator, painter, etcher and aquatint engraver. She was born in Ramsgate, Kent, in 1876, her parents were Josiah Austin, a Cornish naval surgeon, and Fanny Austin.

Austen was a member of the Society of Women Artists, London. Her favorite subjects were wild animals, and she was successful in the illustration of books. At the Royal Academy in 1903, she exhibited “The Day of Reckoning”, a wolf pursued by hunters through a forest in snow. A second show a snow scene, featured a wolf baying, while two others are apparently listening to him. “While the wolf, in nightly prowl, bays the moon with hideous howl,” is the legend with the picture. 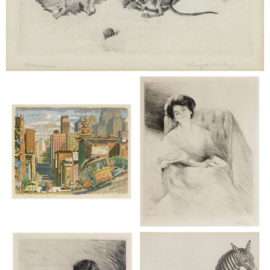