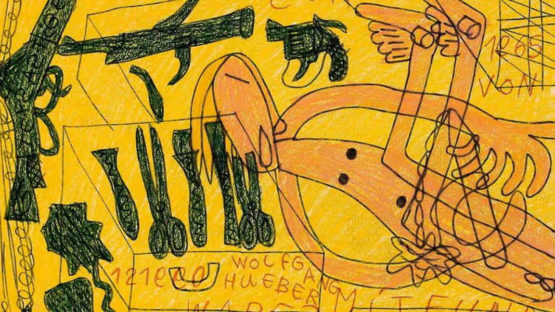 Wolfgang Hueber lived in an Allgäu district hospital. Since 1987 he worked in the studio of the clinic. He began to draw and paint under the guidance of his father during his childhood. His drawing style is the sketching of his figures and objects with a fast, continuous line, which he then paints in color. In addition, as a child, Hueber had a preference for the dismantling of metal objects, so-called “finds”, which he processed into stylized knives, guns and rifles.