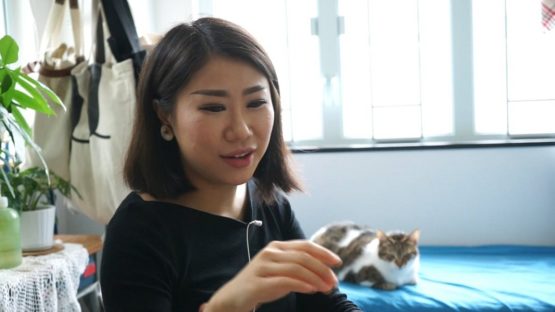 Wong Ka Ying is a young artist from Hong Kong whose pieces show her radical attitude when it comes to various identity and sexuality issues. Her work consists mainly of polaroid photographs and illustrations combined with overlaid hand-written sentences with provocative messages or self-derogatory messages. Even though Ka Ying is a very young artist, in 2016 she already had more than 15 solo and group exhibits.

Wong Ka Ying has graduated from the Faculty of Fine Arts at the Chinese University of Hong Kong in 2013. Because of her young age and her constant desire to provoke her viewers, the focus of Ka Ying’s works has always been quite explicit and radical. She likes to shock and she wants to have a conversation with her audience. Teachers don’t like me, my father doesn’t like me either. I always got fucked up by boys. I hate men the most! Is there anyone out there who would keep me as concubines?, Ka Ying wrote on one of her social media profiles. She maintains an active profile on Behance network, where her most popular pieces are available.

Because of her young age and her constant desire to provoke her viewers, the focus of Ka Ying’s works has always been quite explicit and radical

The main topics of Ka Ying’s Work revolve around alternative orientations such as BDSM practices, revolutionary ideas, and self-humiliation. Her illustrations and collages feel quite chaotic and emotionally turbulent, especially because of the large letters the artist uses to write on top of her imagery. One of her most famous pieces is called Confession: He is my SUN, He makes me shine like diamonds. It is a large-scale collage poster and it spreads the artist’s revolutionary ideas as well as her commentary on popular social topics. Ka Ying supports the LGBT groups with her artworks and on June 16, 2016 she will participate in the annual exhibition called Arcus Pride, which will be held at Clifford Chance in Hong Kong.

Ka Ying’s art is a great example when it comes to the feelings and thoughts many young people of her age experience. The topics of identity, sensuality and relationships are quite universal and interesting to a wide circle of teenagers and young adults from all over the world. Also, Ka Ying’s direct approach and her powerful commentary on provocative issues make her art stand out in the crowd. So far, she had solo and group shows mainly in Hong Kong, but we hope to see her bold and refreshing art exhibited internationally as well.

Featured image: Wong Ka Ying’s Portrait – image via vimeo.com
All other images courtesy of the artist. 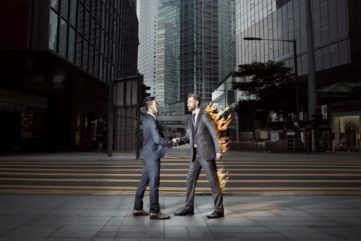