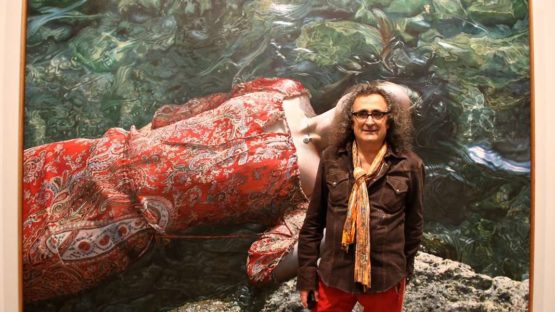 Yigal Ozeri is an Israeli artist based in New York City, best known for photo-realistic depictions of young women juxtaposed against colorful landscapes. By carefully portraying the sensuousness of youth, the artist explores the notion of female archetype while evoking the ancient traditions of feminine cults and Pre-Raphaelite aesthetics. The muses in his works are presented as if focused on their self-exploration, freed of the male gaze; these images are saturated with ambiguity since they are simultaneously evoking hope, freedom, and love of life, as well as a sort of melancholy.

Featured Image: Yigal Ozeri – The artist in front of his work – Image via artefuse.com