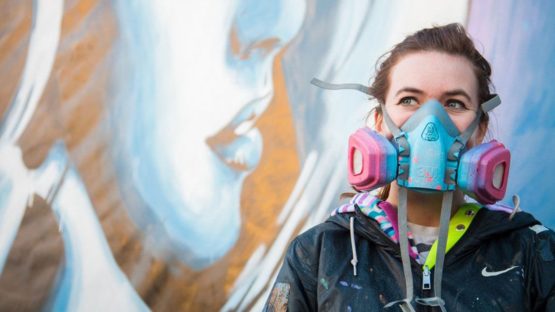 Zabou is a London-based French contemporary artist known for her sharp stencil-based art. Her artistic adventure began in 2012 when she moved to London to pursue her studies in graphic design. Impressed with the quality and quantity of street art in the UK, Zabou found inspiration in the abundance of graffiti that surrounded her. Having always had an interest in painting and drawing, Zabou took the spray can and started painting murals on the streets of England’s capital.

The French creative rapidly developed her distinguished imagery, created using stencils and a freehand technique, which allows to her massive, life-like murals to be both sharp while also displaying the painterly drips, colourful shades, and splashes of paint. Known for her brilliant skills of storytelling through art, Zabou takes energy from her surroundings. Depicting intriguing stories, often accompanied by satirical comments in the shape of writing, Zabou makes fun of stereotypes, conformity, politics, and our surveillance state.

In March 2015, Zabou participated in Femme Fierce: Reloaded 2015, the world’s largest all female festival in street art and graffiti held annually in London. The festival happened in March to coincide with International Women’s Day, which saw over 150 international female street artists, including Zabou, paint public murals in the so-called Banksy tunnel at Leake Street, London. Zabou supported the festival by donating a canvas for the Kickstarter campaign as well as painting two murals during the event. One of the painted murals, Dream Big, is a portrait of astronaut Anna Fisher, inspired by a photograph from J. Bryson, which made the cover of Life magazine in 1985.

From London to Amsterdam

Since 2012, Zabou has participated in many shows and festivals, in Paris, London, Lisbon, Berlin, Barcelona, Marseille, Birmingham, and Amsterdam, among others. Her intriguing murals, often accompanied by satirical comments in the shape of writing, can be found all over the London and England, as well as in Sweden, France, Germany, and many more. Recently, Zabou visited Cyprus where she painted several murals. One of them, entitled Beyond the Concrete has been made in Athienou, a small town between Nicosia and Larnaca. Adorning a sidewall of a building in the center of town, Beyond the Concrete is Athienou’s first ever mural. It depicts two hands, as if they belonged to the wall, opening a zip that reveals a sky.

Beyond the Concrete is Athienou’s first ever mural

In September 2014, Zabou participated in the TEDx conference at the Rialto Theatre in Limassol, Cyprus, where she spoke about her work and graffiti in general. The event featured 17 speakers and performers, as well as workshops and side activities. Zabou’s seminar From Graffiti to Street Art, the evolving nature of Urban Art was part of a series of seminars exploring topics with the overarching narrative of Everything You Know is Wrong.

Although Zabou has been active on the streets throughout Europe and beyond only for the past four years she has already made quite a name for herself. Her outstanding and witty murals offer a captivating feminine approach to an otherwise a male-dominated practice. Zabou has become famous for her fearless approach to her work that addresses the modern issues in witty, striking ways. Always ready to tackle new challenges, she depicts subjects that have a wonderful narrative character and feature strong socio-political messages and commentaries on our contemporary society.

All images courtesy of Zabou 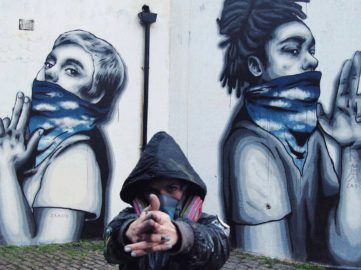 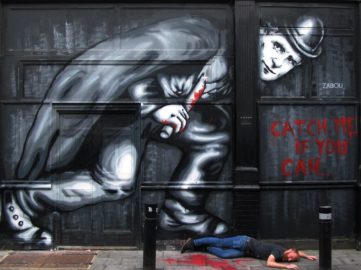 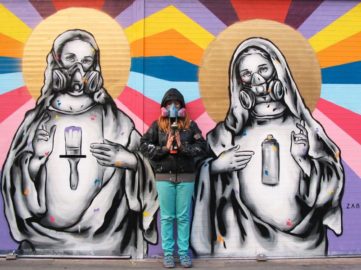 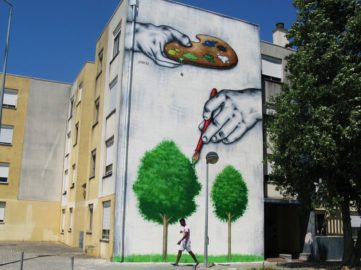 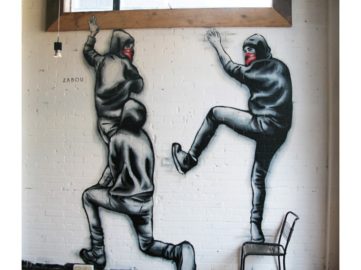 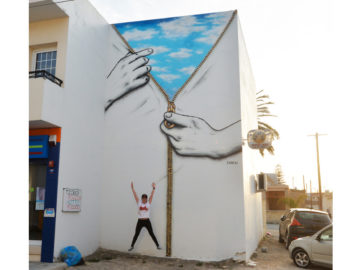 Zabou - Beyond The Concrete 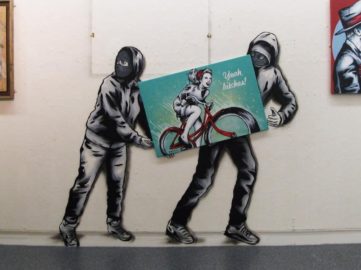 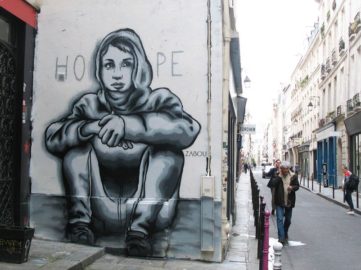 Zabou - Against The Wall 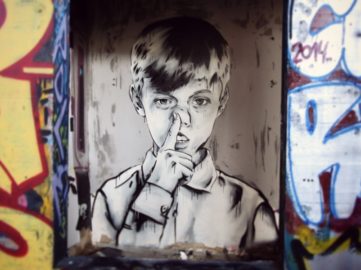 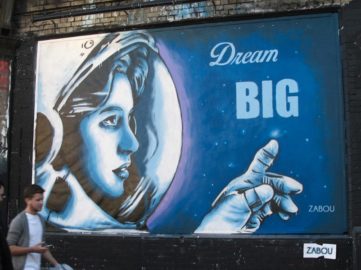 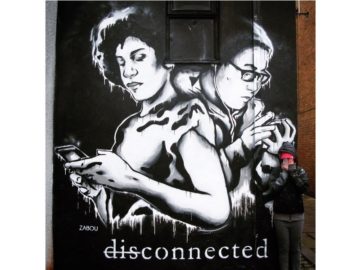 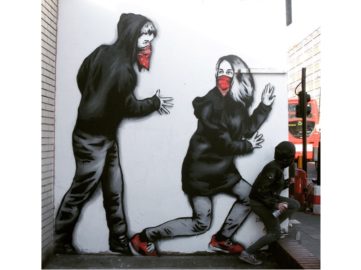 Zabou - On The Run 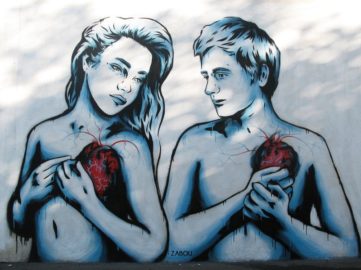 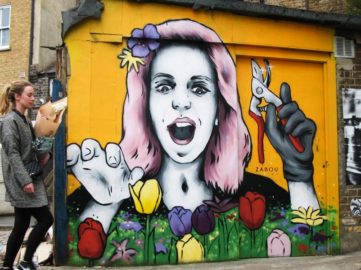 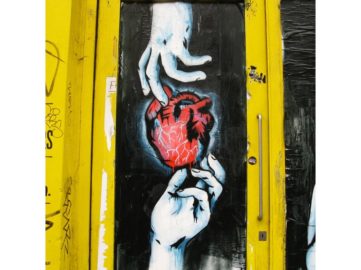 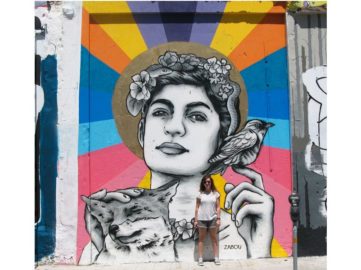 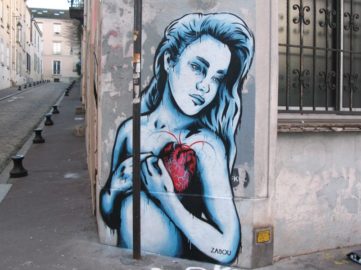 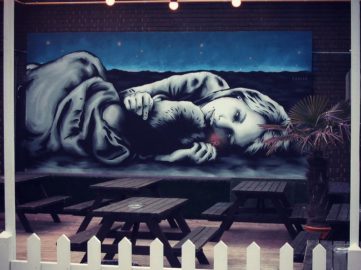