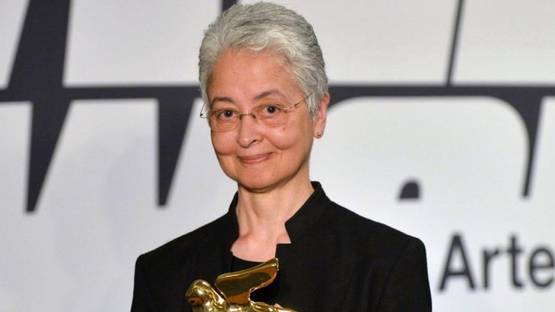 Adrian Margaret Smith Piper is an American conceptual artist and philosopher. These two disciplines frequently intertwine with each other, as the artist tends to draw a parallel between creative expression and the conceptual meaning behind it. All of her work has been carefully premeditated. Her art is political and social. The performances act as lectures on topics of race, identity and culture. She started out with psychedelic art, minimalism and performance art. The artist believes that a carefully structured conceptual framework is the best starter point for all creativity. Piper strongly fights the social injustice, xenophobia and hatred.

Education and the Beginnings

Piper graduated from the New Lincoln School in 1966. She parallelly attended Art Students’ League and started exhibiting her art when she was only twenty years old. She studied sculpture and painting and received her degree at the School of Visual Arts in 1969. Along with the art degree, she studied philosophy and musicology at the City College of New York and completed her studies in 1974. 1987 she became the first African-American female professor in the field of philosophy. She earned her Ph.D. in 1981 at Harward University. This talented and bright artist used her education for the noblest cause, for teaching and creativity. Her earliest artwork was done when she was still in high school. In the period of late 60's she made psychedelic art, a style that she stayed familiar throughout her entire career. At the beginning, her artwork was colorful and vibrant. Later the psychedelic art became more subtle, as Piper chose to deal with the bare idea of the style. She firmly believes that all media can transfer the message, as long as it is purposeful. In the 70's her goal was to explore the consciousness and human perception. From the period of 1968 to 1970, Piper created a series of photo collages called Hypothesis: Situation series in which she explored how we just passively perceive objects unaware of the mental work our mind does in the background. A conscious action is the one that leads us through the empirical world and the one which gathers all the data, that we later synthesize into knowledge.

Piper shared printed text cards, at exhibitions, with people who made racist insults

The Fallacy of Racism and the Myth of Inequality

Piper dedicated her life to fighting racism and xenophobia. The art she created was social and political, but for her, it was more than just art. It was a firm argument lecture to all who could not grasp the idea of equality and the true nature of humanity. Inspired and influenced by German philosophy, especially the works of Immanuel Kant, she made a series of passingMy Calling (Card) and she worked on them for four years, from 1986 to 1990. She printed text on paper cards and shared them with people who made racist insults. Another set of cards was made for all those who passed on sexual comments and assumed she was interested in flirting just because she was single. Besides the formal education, this lady actively meditates and does yoga, so she could stay in touch with her introspective activity. All the knowledge has to come from the inside, but only when the mind filters out the false data masked as facts. That is the reason Piper meditates. In the eighties, she focused on the topic of racism. Her well-formed opinion on this topic relies upon an epistemological argument that we all have prepossessed categories in our minds that are necessary for any sort of understanding of the physical world around us. Everything we perceive comes to our experience filtered through these categories.

In the new millennium, Piper did mostly live acts and video art, dealing with the issue of ego

Since the mental formation is poorer that the vast experience of the outer world it is naturally incompetent to cover the difference and diversity of the world. The race is then, just a product of a mental category that superficially obeys the rules of logic, but in its essence it just a fallacy of mind and product of irrationality. The difference in color of the skin is followed by tension and strain, just because someone falsely concluded that differently signifies as strange. During the nineties, Piper continued to explore the themes of racism and animosity, egoism and altruism. She did in the form of video art, installations, photography, and sculptures. This artist never made a compromise with ones that support the opinions she does not agree with. She stands for humanity, anti-globalization, the importance of education, love for the people and self-love as a method of not only preservation but mental evolution too. In the new millennium, she did mostly performance and video art, dealing with issues of ego and the experience of the self. Her art is thought-provoking, intriguing and inspirational. The audience is always left to wonder if the reality is really what it seems and how much of the trending opinions on social issues they really reassessed. In the name of Piper, we should question everything.