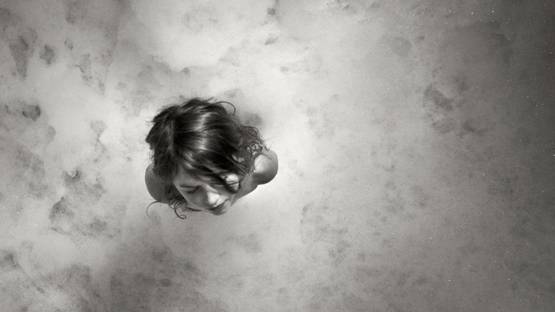 Originally a sculptor, Alain Laboile is a French artist whose career took an unexpected turn in 2004. Since he needed to put together a portfolio of his work as a sculptor, he acquired a camera, developing a taste for macrophotography, spurred by his passion for entomology. After some time, he pointed his lenses towards his growing family, which became his major subject. These images most often depict his six children, representing fragments of a refuge where childhood extends as time passes. While his visual vocabulary resembles the likes of Sally Mann, the difference is in the story he tells. Without an anthropologist or socio-analytical approach, he creates the cosmogony of his family.

Out of the accepted norm, his children embrace nature at large: their own as much as the one that surrounds them. Not just documenting their childhood, Laboile writes a visual poem of innocence where the environment plays a full-fledged role in the narration. Detached from the ambient anxiety, his images radiate intrinsic instantaneity and simplicity. Though his photographic career started somewhat late, Laboile has already made a name for himself in the French photography field. He was awarded the 2019 Global Peace Award for his photo book "La Dispute" published by Les Arènes, and he was also granted the HiP (Youth photo book category) the same year. Born in Bordeaux, Alain Laboile still lives and works there with his wife and six children.