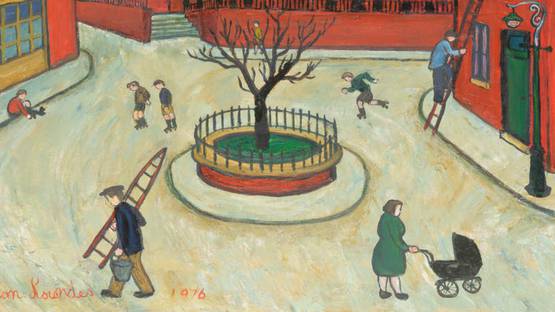 Alan Lowndes was a British painter known primarily for his scenes of northern life. He also spent time in St Ives, and he was a close friend of many of the St Ives School artists. He began to achieve success in the late 1950s and early 1960s in the period when northern writers such as Stan Barstow, John Braine, and Alan Sillitoe were also coming to the fore. He had one man exhibitions in Manchester, London, and New York and is represented in many public collections.