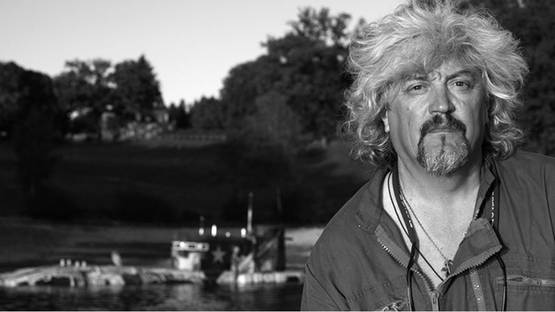 A former sailor and a merchant marine, Alexander Ponomarev is an acclaimed artist who has traveled the globe searching for artistic inspiration. His works – installations, films, drawings, photographs – are all inspired by remote places such as the Arctic, Greenland and Antarctica, as well as the far seas. Born in 1957 in the city of Dnepropetrovsk in Ukraine, he does not have the background you might expect for an artist – he obtained a degree from the USSR Nautical Engineering College in Odessa and spent years working as a sailor of the Soviet fleet. His art is greatly influenced by his past profession, and he keeps an enthusiasm and bond with the sea and the marine universe.

The Moscow-based artist began producing his alluring inventions in the early 1990s while serving in the naval fleets of Russia. His experience in nautical engineering and a career as a submariner left a remarkable mark on his artistic output prevailed by monumental installations and films such as breathtaking Maya: A Lost Island, 2002. For this project, the artist persuaded the 5th fleet of the Russian Navy to lay a smokescreen in front of the island of Sedioyatyl located in the Barents Sea. He recorded the disappearance of the island’s landmass underwater in a film and photographs that have been exhibited throughout the world.

Between Art and Technology

The colossal works made during some of the many oceanic journeys undertaken by the artist, are on the borderline between art and technology; they have an almost touchable force with dynamic complexity manifested through elaborated actions articulated over time. Without any practical use, his works take the viewer into an alternate, fictional and adventurous dimension that blurs his perception and makes him questions his comprehension of science. Some of his distinguished works include a nine-metres-long kinetic piece Base (2003), and Point of View (2010), an installation of two floating sailors looking out at the world through the tree trunks.

His works take the viewer into an alternate, fictional and adventurous dimension

In a career that spans over three decades, the charismatic artist has exhibited his works in many notable galleries and museums around the globe including Barbarian Art Gallery, Zurich, Switzerland; Calvert 22 Foundation, London, UK; Nouveau Musée National de Monaco (NMNM), Monaco; Museum of Science and Industry, Paris, France; Krokin Gallery, Moscow, Russia; Richard Taittinger Gallery, New York, USA; and Laboratoria Art and Science Space, Moscow, Russia, to name a few. He participated at Venice Biennial of Contemporary Art three times – in 2007, 2009 and 2015. For the 56th Venice Biennale of Art, in 2015, he presented one of his latest project Concordia, inspired by the Costa Concordia disaster. Many prestigious collections are home to his works including the Centre Georges Pompidou in Paris, France, the State Russian Museum, St Petersburg, Russia and the National Museum of Singapore in Singapore. In 2008, he was named an Officier des Arts et des Lettres by France’s Minister of Culture. He is also a member of the Russian Academy of Arts.

Interactions with Geography, History and Ecology

More than thirty years after Alexander officially began to make artworks, his imagination is active like the first day. His work continues to be a product of compound interactions with geography, history and ecology. During many of artist’s voyages around the world, on the one hand, and inside his thoughts and feelings, on the other, these interactions crystallize into the spectacular installations, drawings and photographs.

He lives and works in Moscow.