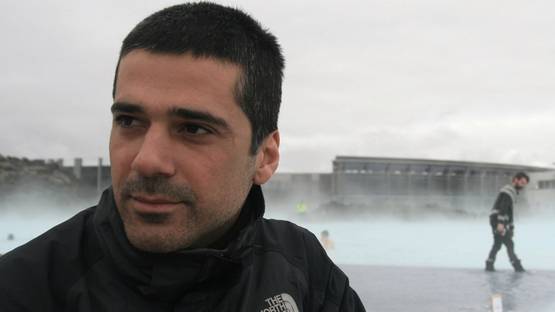 Our hands have amazing power - to build or to tear down, to create or to destroy, to give or to receive. No matter what, man changes the world with intent through his hands leaving a mark on his surrounding, one way or another. Fascinated by this part of human body and all its possibilities, Turkish video artist Ali Kazma devoted his career to exploring how people touch the world and vice versa. He builds - video after video - a catalog of the infinite potential of the human hands and body to invent, change, and shape the world in varied ways.

Ali Kazma’s meticulously created videos capture the process of work of the various professionals including brain surgeon, taxidermist, studio ceramicist, watch repairman, butcher, and many others. Armed only with his camera - no props or lighting - Kazma always goes to the chosen location alone. He visits factories, workshops, slaughterhouses, operating rooms, where he captures the authentic relationship between work and man creating striking videos. He uses the artistic practice to depict the sequences of work, especially those that require mechanical repetition or artisanal hand labor, as well as to raise awareness concerning political and economic issues in his native country and its major cities that are going through urban changes.

Resistance - Exhibition of Kazma’s Work at the Venice Biennale

In November 2013, Ali Kazma represented Turkey at the 55th Venice Biennale where he presented his ongoing multi-channel video installation entitled Resistance. Recorded at such locations as the Galatasaray High School in Istanbul, a Turkish prison, a New York theater, a London tattoo parlor, a Berlin robotics laboratory, a film set in Paris, hospital operating rooms and weight-lifting gyms, Resistance shows the varying ways in which man alters and contorts the physical body in order to control, shape, alter, adorn or even be released from it. Resistance evolved out of the Obstructions series (2005) in which the artist explored the tense equilibrium between order and chaos, life and death. Some of his works also include the multi-channel installations like Absence, Past, and Written.

The artist represented Turkey at the 55th Venice Biennale

Born in 1971, Istanbul, Ali Kazma completed his undergraduate studies in the USA in 1993. After briefly studying photography in London, he moved back to the United States to study film in 1995. He obtained his Master of Arts from The New School University in New York. Upon his return to Turkey, he began his career as a video artist in 1998 becoming internationally recognized for his sets of short videos that are usually between ten and twelve minutes long. His work has been included in exhibitions in the US, Turkey, Japan, Italy, Montenegro, Cuba and others. Kazma’s major solo show was hosted by the exhibition center Arter in Istanbul in 2015. Entitled Timemaker, the show featured 22 videos selected from the artist’s impressive body of work.

Video as a Tool for Exploring Authentic Experience

Ali Kazma received several awards for his work including 2010 Nam June Paik Award given by North Rhine-Westphalia Art Foundation in the field of media art for the Obstructions and was granted the 2001 UNESCO Award for the Promotion of the Arts. He made a name for himself on the Turkish and international contemporary art scene by creating videos that raise fundamental questions about the meaning and significance of human activity and labor as well as the authentic experiences of people while they are working on the real projects.