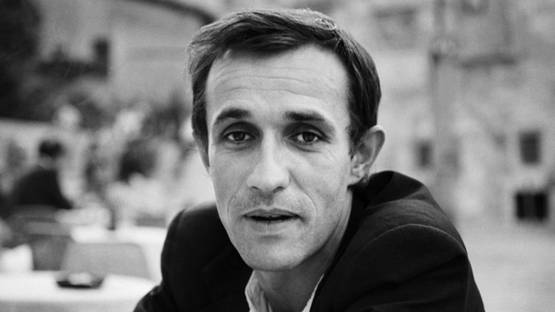 Alighiero Boetti was a Conceptual artist, often associated with the Arte Povera movement and best known for his series of embroidered maps. Boetti left business school to become an artist, producing a wide variety of works that embraced unusual materials and processes.

Alighiero e Boetti was born in Turin, Italy in 1940. Although not formally trained in art, Boetti was preoccupied with the theory of creativity from an early age. Traveling to Afghanistan at the beginning of the 1970s, he was introduced to the traditional craft of embroidery, which marked a turning point in the artist's career. His fundamental concern with the relationship between "order" and "disorder" is manifest in his grid structures, derived from the "magical squares," that feature sayings and aphorisms that stem from cultural, philosophical, mathematical and linguistic contexts. Throughout the 1970's and 1980's, Boetti travelled extensively in the Middle East, creating a body of work rooted in his interest in the textile arts of Afghanistan and Pakistan.

Many of these works addressed a variety of poetic and playful themes, based on folkloric anecdotes he came across in his travels. Boetti often designed textiles to be embroidered in artisan workshops, resulting in a body of work that cut across national borders, embracing traditional art forms rooted in tradition, collaboration, and ritualistic meanings of creation.

He has been honored post-humously with several large-scale exhibitions, most notably at the Museum für Moderne Kunst in Vienna in 1997 and the Museum für Moderne Kunst in Frankfurt am Main in 1998. The 2001 exhibition with Gagosian Gallery was organized in conjunction with the Archivo Boetti in Rome, their first collaboration with a commercial gallery, and is accompanied by a fully illustrated catalogue.

From 1987 until his death, Boetti was completely absorbed in the creation of his largest and most complex tapestry, Tutto, which was created to represent the cultural diversity of the world. Although he died before its completion, Boetti’s work continues to be written about and studied as an important paradigm of the newly international approach of contemporary artists. Having shown in Milan and Turin, Boetti had his first US solo exhibition in New York at John Weber Gallery in 1973. He continued to show throughout Italy and the United States until his premature death in 1994.